BlueDuct® is an underground HDPE air duct system designed specifically for underground or below slab forced air systems. This system meets all codes for underground duct in the United States. No other underground duct on the market can make that claim. In fact, BlueDuct was specifically designed to address common shortfalls and issues such as air leakage, mold, mildew, radon, inadequate thermal efficiency, difficulty installing insulation in the field, corrosion, sustainability, and challenges to properly demonstrate or seal test. This document provides some answers for commonly asked questions or concerns. For more information and documents referenced in this FAQ please refer to our web site www.aqcind.com.

Does BlueDuct need to be field insulated? What is its R-Value?

No, BlueDuct does not need to be field insulated. BlueDuct was designed to be self-insulated to an R-10 equivalent performance standard. Because of a unique and proprietary manufacturing technique, the polyethylene (HDPE) material used to make BlueDuct has been formulated to give the product very good thermal properties plus a thermal mass component that provides excellent overall thermal efficiency. While most underground ducts are required to factory apply an additional insulation product or rely on the installing contractor to properly apply and water-proof field insulation to meet codes of R-3.5, R-5 or R-8 depending upon the location and application, BlueDuct has been demonstrated to meet an R-10 equivalent Thermal Efficiency Performance1,2, so that additional insulation is not required for BlueDuct for underground or below slab applications. After thousands of installs, BlueDuct has been proven to provide excellent thermal efficiency.

How does the NSF Protocol P374 compare to the ASTM C518 Thermal Transmission Test?

Before reading on, ask yourself: when supplying 100°F air into a duct, are you most concerned:

A….with delivering air out of the duct that is close to the 100°F air put into the duct?

B.…with the time it takes for the 100°F air to drop down to its surrounding temperature only once the fan shuts off?

Developed nearly 10 years ago, the NSF Protocol P3743 is a side-by-side performance comparison between a tested duct and a duct insulated with a known R-10 insulation product. Both ducts are buried in a trench with air movement. The two ducts are tested with air moving for both heating and cooling. The test involves multiple temperature sensors in both the duct and the dirt surrounding the duct. The Thermal Distribution Efficiency4 (TDE) for each duct is calculated after 10 cycles for heating and 10 cycles for cooling by the temperature difference between the air inlet and the air outlet. If the TDE of the test duct is within 10% of the insulated duct, the tested duct is determined to be R-10 equivalent. In the past 10 years, BlueDuct has been tested multiple times to the NSF Protocol P374 with the same successful results. NSF administered the most recent test; and once again, it proved that the BlueDuct has a higher TDE (more efficient thermal distribution efficiency) than the R-10 duct in both heating and cooling.

The ICC listing criteria specifically developed for Plastic Underground Air Ducts5 recognizes the NSF Protocol P374. Both NSF and ICC recognize that the ASTM C518 test method for determining R-Value is a static test intended mainly for flat stock insulation material. The ASTM test does not account for dynamic effects such as thermal mass, convection and wall effects from air flowing through a buried duct. The ICC LC1014 states “thermal performance of air ducts constructed of different materials and insulated with different types or thicknesses of insulating materials may be compared to systems of known thermal values as described in NSF Protocol 374.

Is BlueDuct made from High-Density Poly Ethylene (HDPE)?

Yes, BlueDuct is made from HDPE. BlueDuct is manufactured from HDPE using an innovative process that adds an inherent insulation capability and results in a self-insulated final product that is lightweight and is very easy to install. In 2014, ICC performed a detailed analysis to verify that HDPE is used in our manufacturing processes. ICC regularly visits our manufacturing sites and they agree to keep our HDPE definition which we have held with ICC for over a decade.

What U.S. code approvals does The BlueDuct meet?

In California, The BlueDuct is generally preferred to other underground ducting alternatives for its green, sustainable benefits such as low VOC’s, resistance to mold, mildew, radon, and recyclability.

In addition, the PMG-1023 certifies The BlueDuct compliant with the following standards:

Does BlueDuct have thermal expansion issues with temperature variations?

No, BlueDuct is highly resistant to thermal expansion and contraction with temperature variation. Moreover, BlueDuct is joined in the field using a proprietary joining method that provides deliberate, additional flexibility with regards to thermal expansion and contraction. The entire concept of significant temperature variation in buried applications is generally not an issue because ground temperatures remain relatively stable. One of the key benefits of underground duct applications is the improved energy efficiency gained from stable ground temperature.

Does BlueDuct carry a manufacturer's warranty?

Yes, BlueDuct has a 10-year limited warranty. The key portion of the warranty is shown below:

AQC Industries (AQC) warrants that in normal and contemplated use and service, BlueDuct® Products shall be free from defects in manufacturing materials and workmanship for a period of ten (10) years from the date of manufacture set forth on each of  BlueDuct’s Products (the Limited Warranty). The Limited Warranty shall only be applicable if AQC is given prompt written notice specifying the nature of the warranty claim within the applicable warranty period. No other underground duct manufacturer provides a 10-year warranty on their product.

Does BlueDuct have any special backfill requirements?

Do I need to field fabricate boots and diffuser boxes?

No, BlueDuct is engineered to be a complete system with a full complement of sealed boots and diffuser boxes that extend all the way to the finished floor. AQC is the only manufacturer that provides a complete system on every project.

Can BlueDuct be leak tested?

Yes, BlueDuct is a completely sealed system including sealed boots and diffuser boxes. BlueDuct can be seal tested with the highest degree of confidence. Other underground duct manufacturers that do not supply sealed boots and diffuser boxes cannot make this claim. The IMC9 Section 603.8.2 states that “Ducts shall be sealed and secured prior to pouring the concrete.” No other underground air duct can be seal tested to conform to this code requirement.

Is BlueDuct a hazardous material?

No, BlueDuct is made from HDPE which is a non-hazardous material, and fully recyclable. Moreover, the gaskets used to seal BlueDuct have a zero VOC, and the caulk meets the Green Building Council standards for LEED®10 points.

Safety and environmental questions come up frequently with FRP systems where precautions such as the following are given. For FRP Systems:

√ All solvents must be collected in a DOT Approved metal container at the end of each day.

√ The collected solvent must be disposed of through a licensed hazardous waste treatment facility.

√ Extended storage above 80F can decrease the reactivity of the resin (i.e. VOC emissions).

√ Anyone contacting the resin or catalyst must wear rubber gloves and protective eyewear.

√ OSHA approved, fine particle dust masks must be worn when cutting the duct.

√ FRP ductwork must be installed by qualified, experienced mechanics, who have a minimum of 5 years’experience with the lay-up, fabrication and joining of FRP.

√ FRP is not a recyclable material.

How long will BlueDuct last?

Polyethylene has been used for underground piping for over 40 years. It has been applied to underground ductwork, AQC’s BlueDuct, for over 12 years. The molecular structure of Polyethylene is not measurably or significantly affected by moisture, oxygen, salts, acids, or bases which make it a perfect material for use in the construction of underground duct systems. All plastics have some susceptibility to UV radiation degradation over the long term, many years’ worth, exposure to UV radiation from sunlight.

The BlueDuct is formulated with a UV inhibitor in the roto-mold grade HDPE resin. AQC also inventories BlueDuct indoors in our warehouse and even in an area with no windows. The product is typically assembled within a matter of days after arriving at the job site and the duct is usually backfilled soon, days or weeks, after assembly.

There is very little research available on the long term degradation of polyethylene duct, but there has been a lot of research on the time frame for water bottles, also made of a polyethylene, to biodegrade in landfills. It has been estimated to be “at least 450 years … it can even take some bottles up to 1000 years”. This is bad news for landfills. However, it is great news for the lifespan of our robust BlueDuct underground duct.

How can I get answers to more questions?

For more questions regarding the BlueDuct® system, please contact AQC at:

Don’t hesitate to contact us if you have any questions or concerns. We are here to help and are glad to resolve any of your issues. Please feel free to reach us anytime. We’ll get back to you as soon as possible. 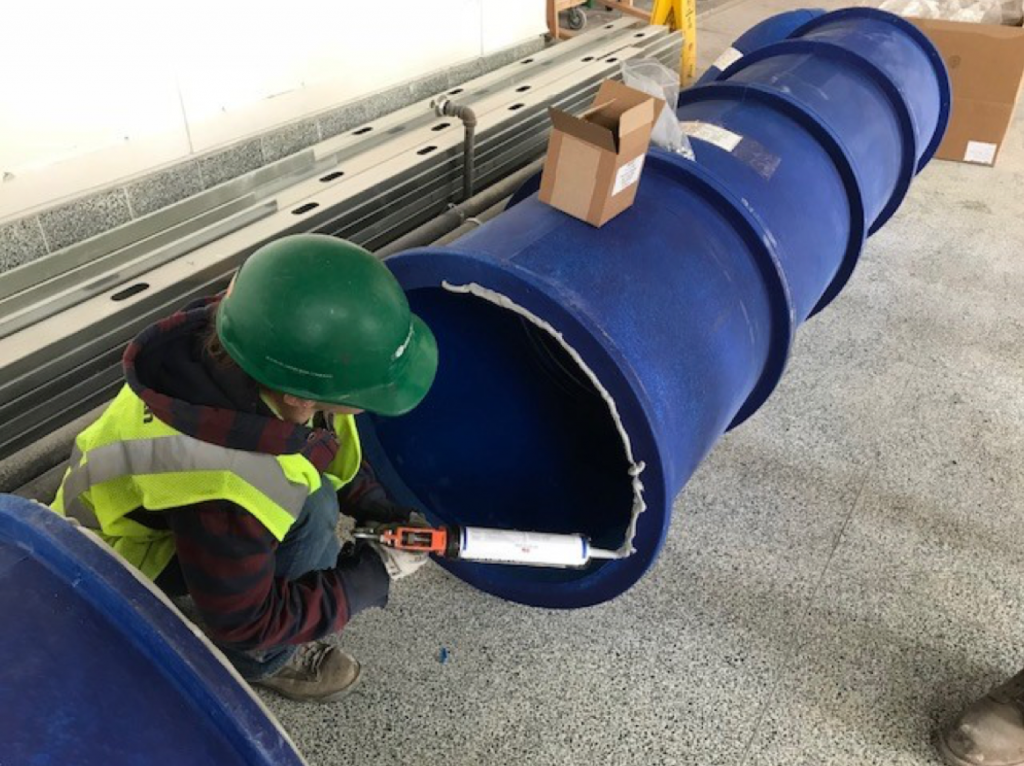 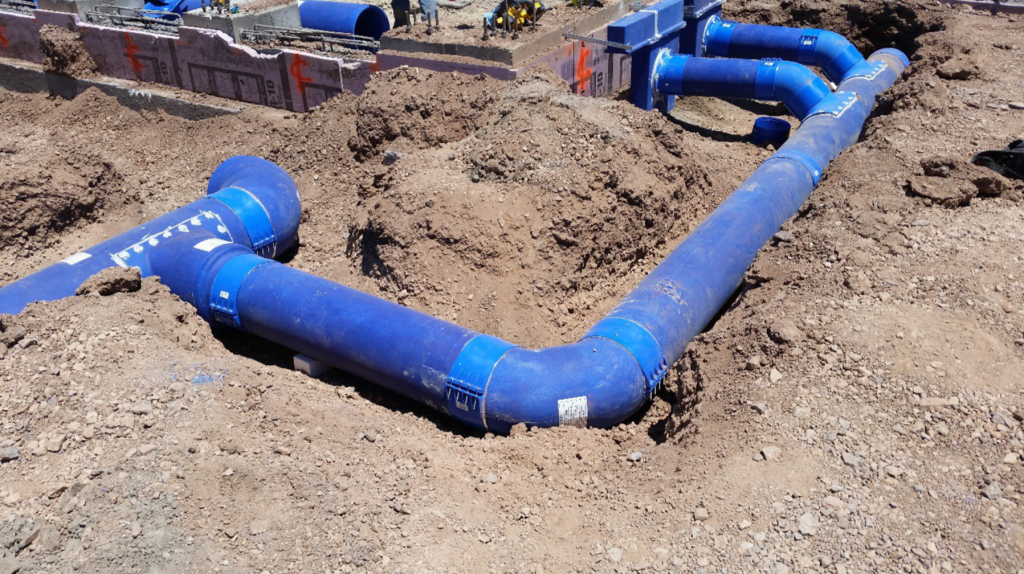 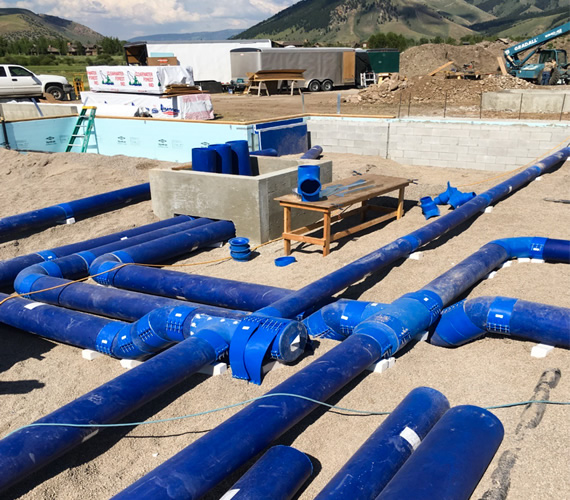 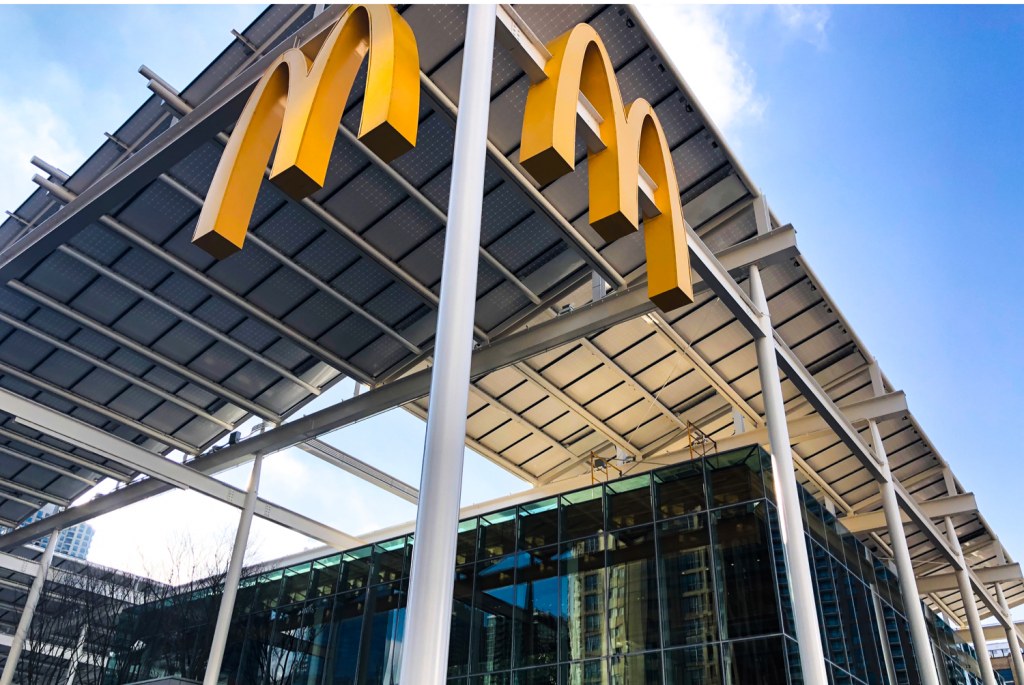 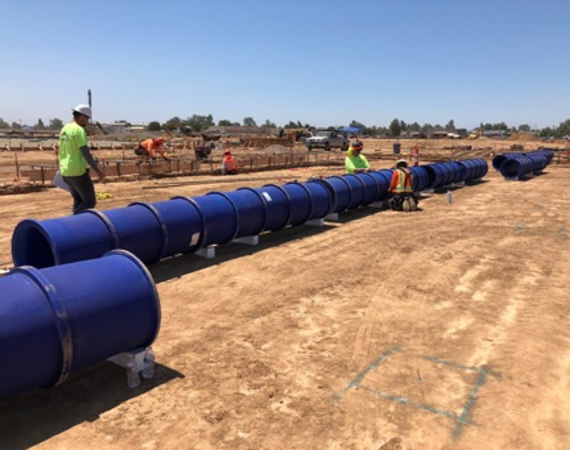 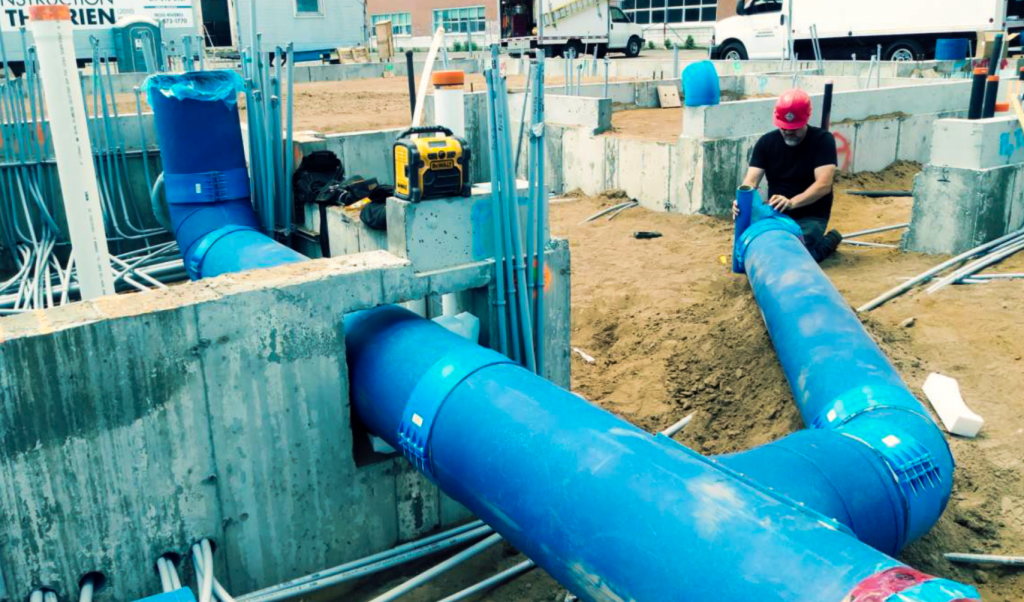 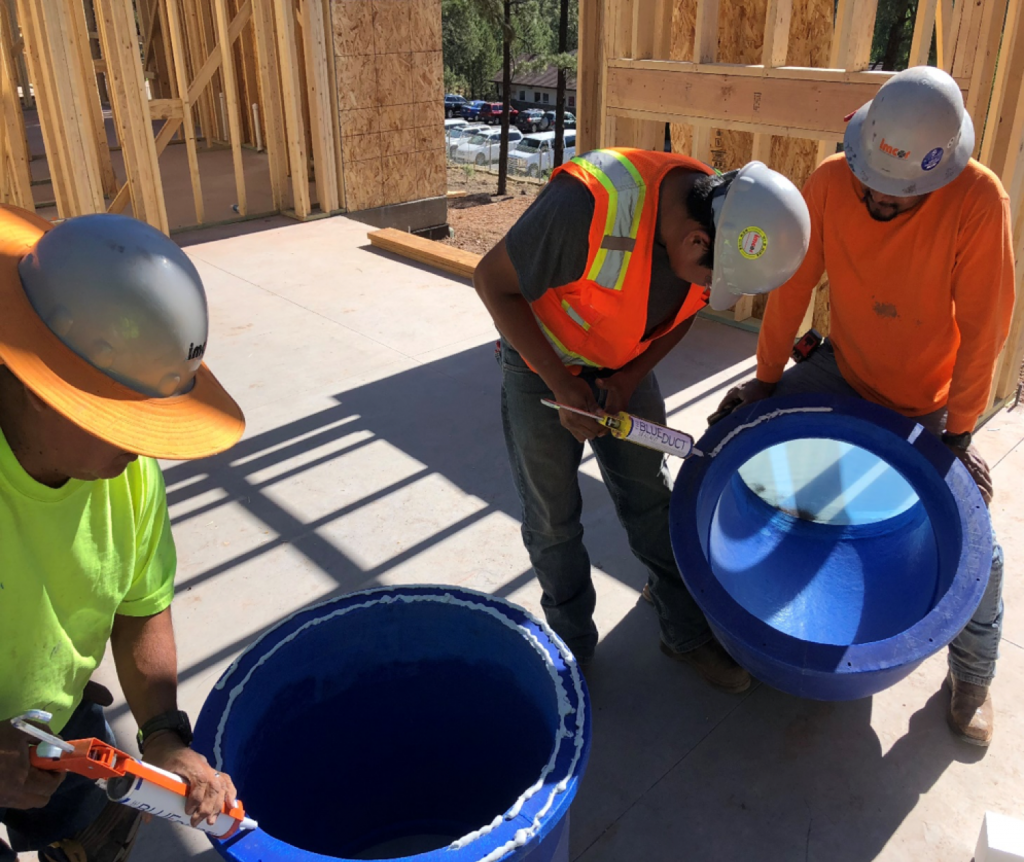 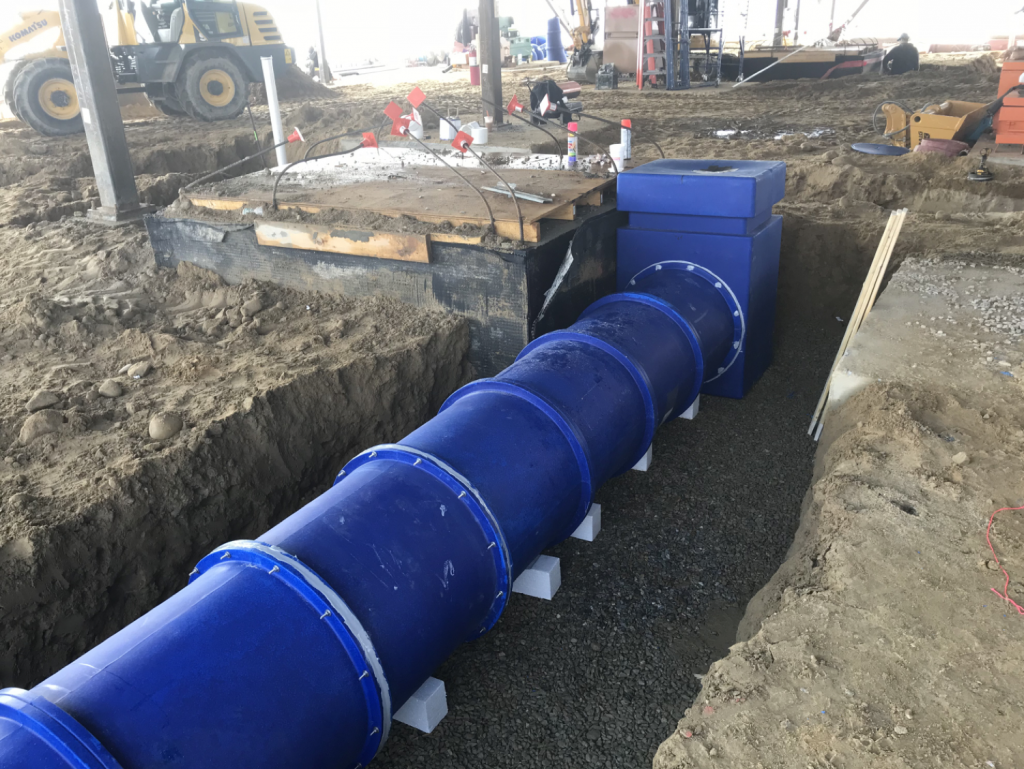 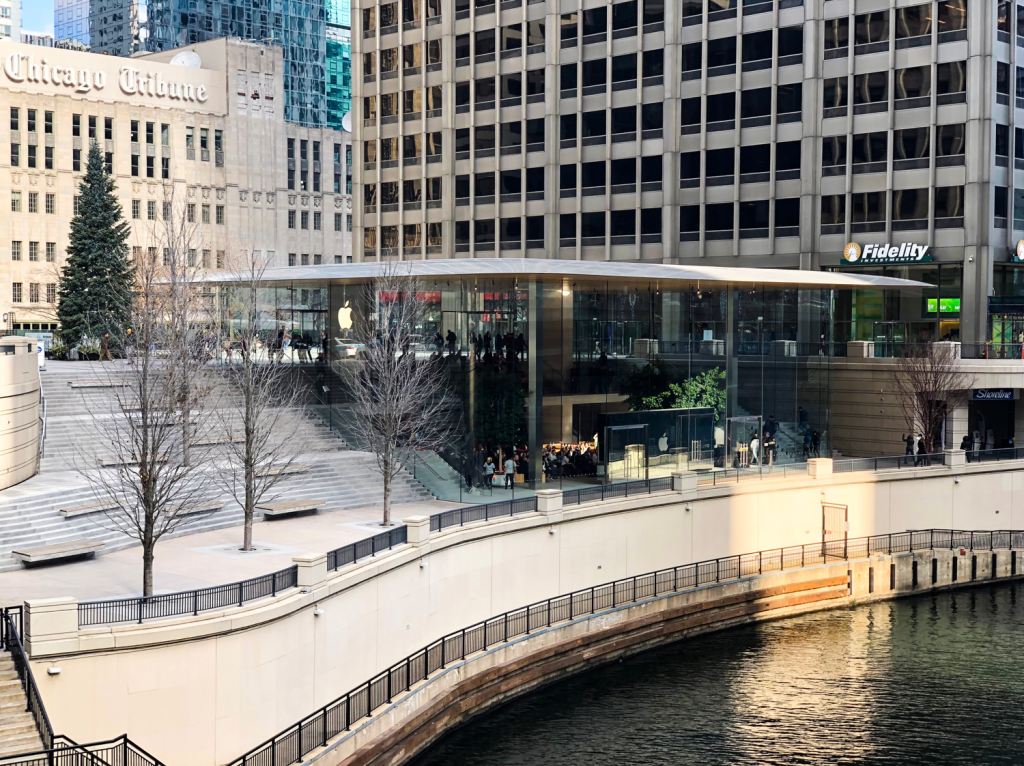 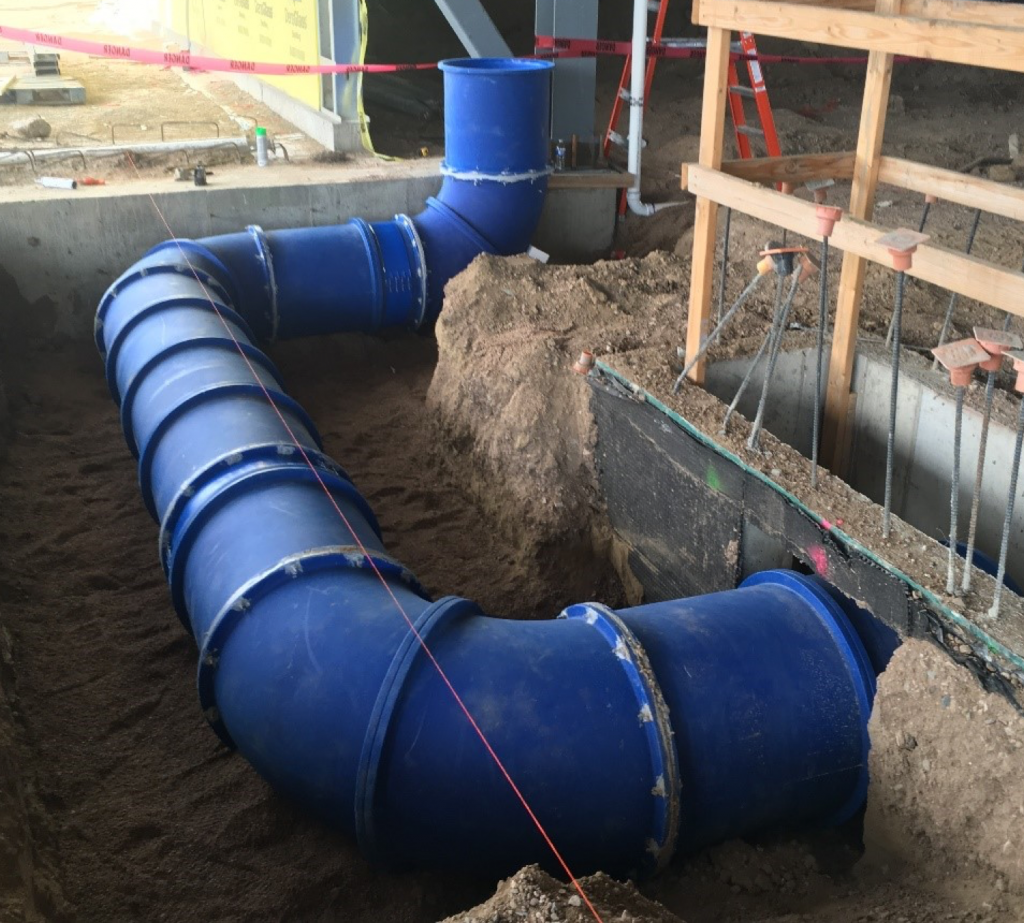 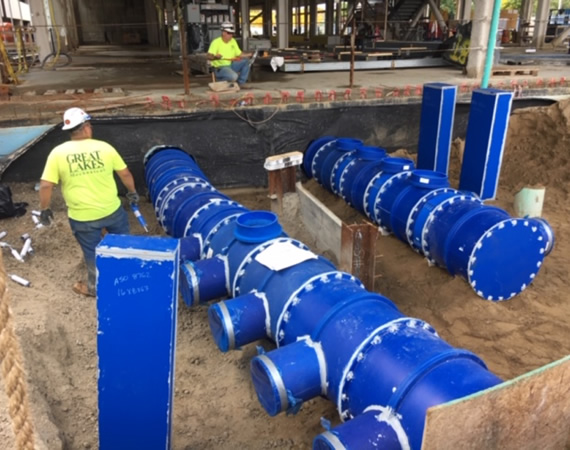 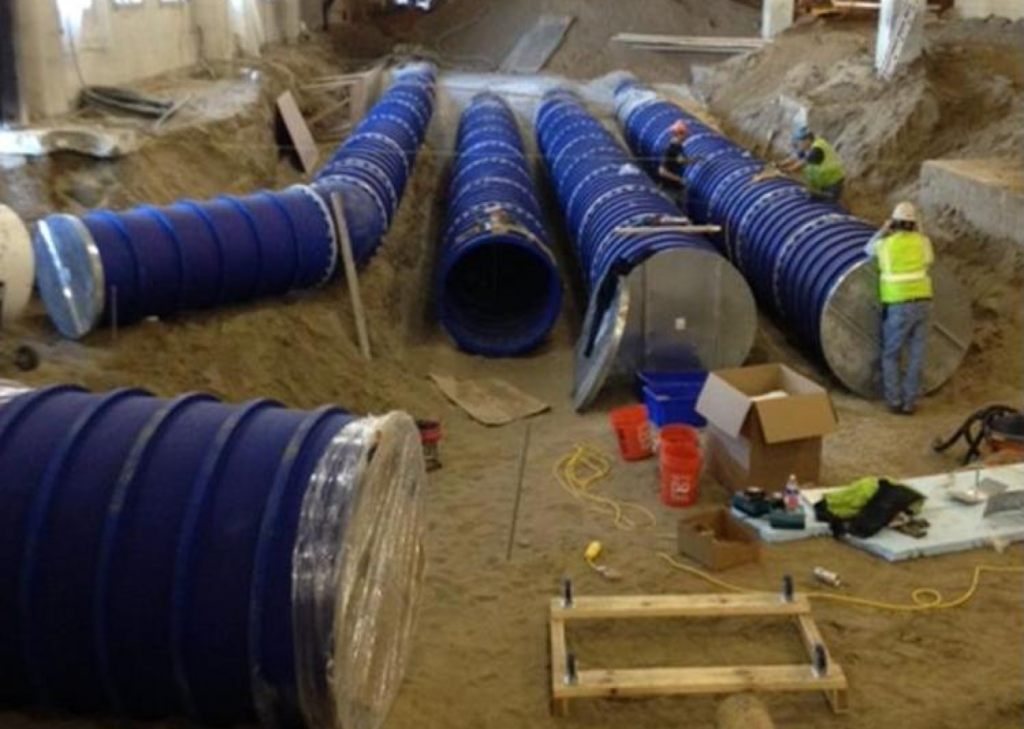 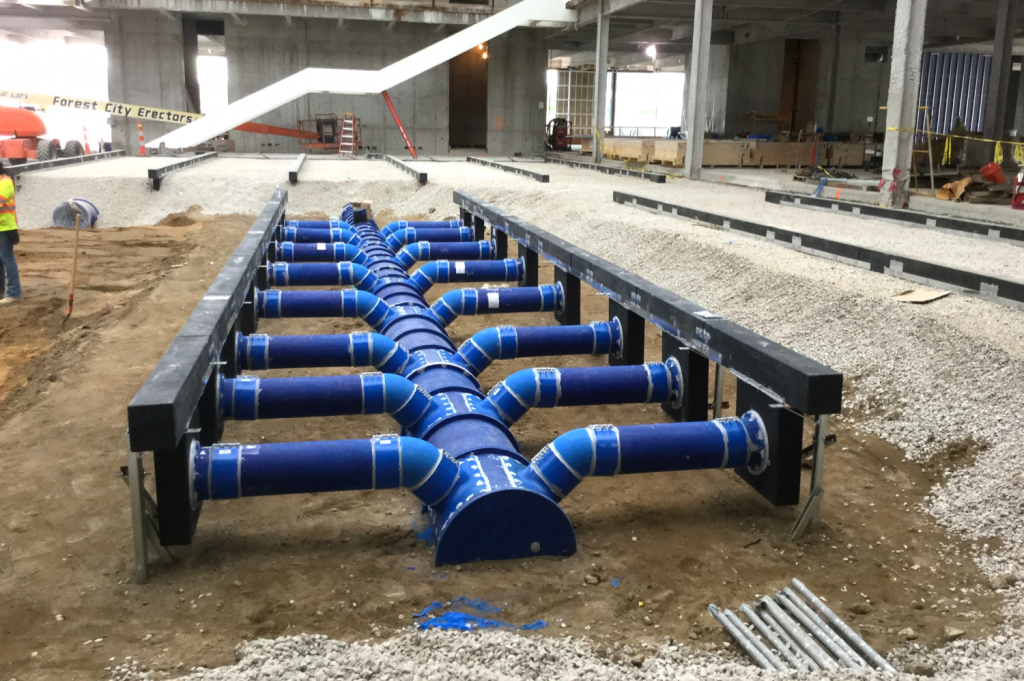 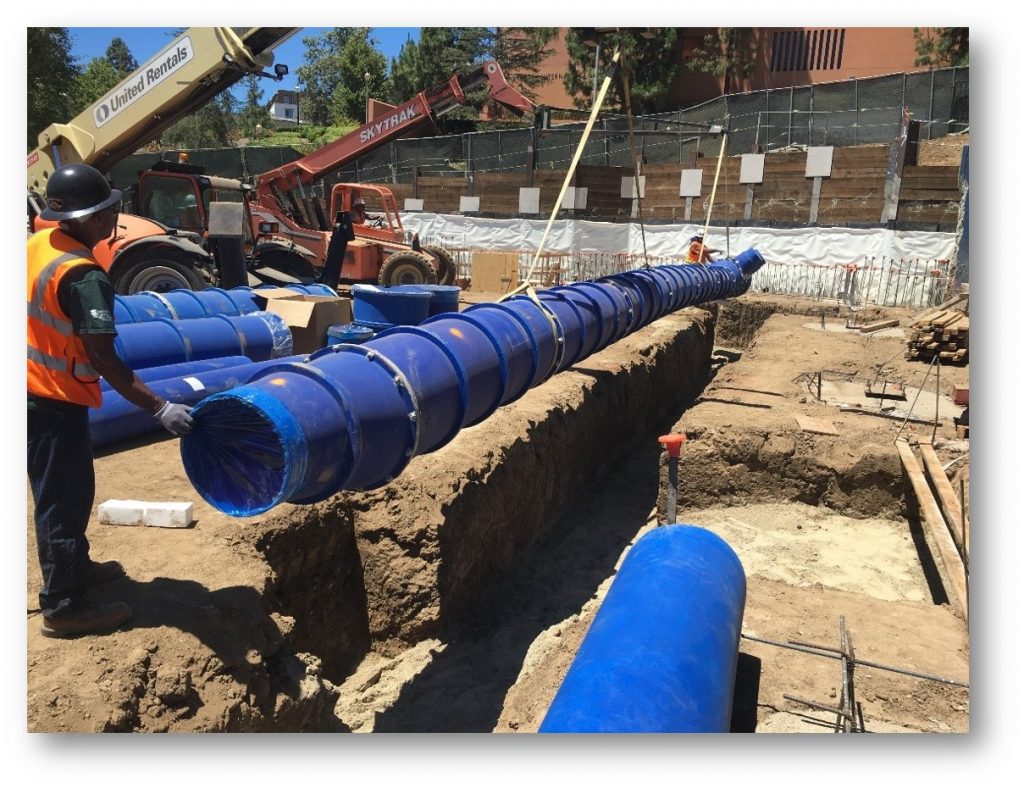